As an extension to your visit, we can also assist you in booking trips to:

More about the Kgalagadi Transfrontier Park

The Kgalagadi Trans frontier Park is a wildlife reserve in the Kalahari Desert region of Botswana and South Africa, bordering Namibia to the West. It is characterised by red dunes and dry rivers. Wildlife includes migrating herds of wildebeest and springbok, plus predators like raptors and Kalahari lions. Various lodges and wilderness camps offer game-viewing drives and guided walks with park rangers. 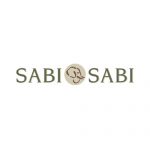 Sabi Sabi is a private game reserve in South Africa, situated in the Sabi Sand Game Reserve which flanks the south western section of the Kruger National Park.

It is a conservation area where the big five game (lion, leopard, rhino, buffalo and elephant) occur naturally. 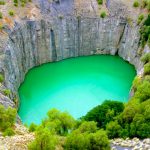 Kimberley is the capital city of South Africa’s Northern Cape Province. It’s known for its 19th-century diamond mines, like the deep hand-dug Big Hole. Nearby, the Kimberley Mine Museum is a “recreation” of the town in its heyday and displays jewellery and uncut diamonds. The William Humphrey’s Art Gallery exhibits South African work, Old Master drawings, 17th-century European paintings and modern art.

Surrounding Kimberley are many memorials and sites of some important battles of the Anglo-Boer war, most notably the siege of Kimberley in 1899 with the famous “Long Cecil” on display, and the battlefield site of Magersfontein where Boer Generals used trench warfare for the first time.

The city boasts other firsts like being the first city in the Southern Hemisphere to install electric street lighting and the city in South Africa to switch to automatic exchanges, and it housed the country’s first stock exchange.